Bird News from Matt Poll, Youngho Kim, and Stephen Krohn, Northeast coast, Jeju island, August 21, 2010
A sweltering summer day on Jeju. In a lush mixed forest in from the coast, a pair of Black Paradise Flycatchers was spotted flying through the canopy, but no sign of the Fairy Pittas that were recently seen here. Also in this forest were handfuls of Japanese White-eyes, Great Tits, and White-backed Woodpeckers.

On the coast en route to Hado, numerous Barn Swallows and Black-tailed Gulls, as well as several Common Sandpipers, a half dozen Terek Sandpipers closely associating with a similar number of Grey-tailed Tattlers, a beautifully marked male Ruddy Turnstone in summer plumage, a Pacific Golden Plover, at least two dozen Kentish Plover, and a handful of Red-necked Stints and Sanderlings.
At Hado, several Spot-billed Ducks, along with about a dozen Temminck's Cormorants. At Seongsan, as well as all along the coast, Grey Herons were plentiful, with at least 40 seen. About 30 Little and Intermediate Egrets were also seen, mixed in with several Great Egrets in one spot. Four Pacific Reef Herons were also spotted along the coast.
On the coast near Hado, several Carrion Crows were feeding at the water's edge. In the bright sunlight, some of them showed a lot of brownish coloration. In my time on Jeju, I've not come across many Carrion Crows, and the only place I've observed them is a small stretch of northeast coast. Large-billed Crows, on the other hand, are quite numerous and widespread on Jeju, especially at higher elevations. 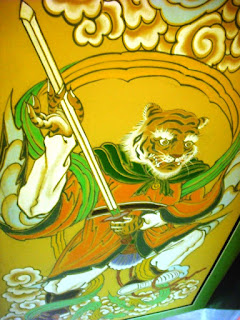 Seogwipo, Jeju island, August 17, 2010
It's been a very quiet and muggy summer on Jeju. In a local park, scruffy juvenile Brown-eared Bulbuls, Common Kingfishers, Bull-headed Shrikes, and Grey-capped Greenfinch could all be seen practicing their flying and feeding skills, with varying degrees of success. The juvenile shrike was particularly clumsy and unafraid of people. Numerous Oriental Turtle Doves (several of them in first winter plumage) and Barn Swallows were also spotted in the park. In the harbour, several Common Sandpipers and Japanese White-eyes noisily scattered when the ominous shadow of a large Peregrine Falcon floated past.

Note from August 25: Dipped on a storm-blown Bulwer's Petrel a couple of weeks ago - it was a Korea first, which would have been nice.

(*Note: This is a “historical post.” Whereas I started birding in Korea in 2005, this blog has only been active since early 2012 - these posts are an attempt to consolidate my early birdventures from the various blogs and websites where they reside, largely from the “Archived Bird News“ section of Birds Korea’s excellent website: http://www.birdskorea.org/Birds/Birdnews/BK-BN-Birdnews-archive.shtml. Find more historical posts by clicking on the "Historical posts" tab at the bottom of this post.
For this post, most of images are lamentably poor-resolution screensaves, as many of the original photo files were lost in the infamous computer crash of 2011.)
Posted by Matt Poll at 4:03 PM No comments: