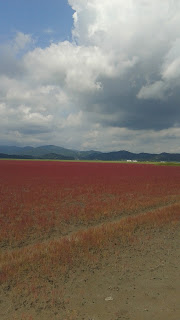 Just got back from an exhausting 36-hour birding session with Jason Loghry. We hit Suncheon Bay and Seosan, about halfway up South Korea's west coast. Our original plan saw us spending several days on my favourite island for birding, Gageo-do.
Unfortunately, the winds of fate and the...actual winds (gusting to 40 km/hr) conspired to keep us mainland-bound, as we couldn't risk being trapped there if the return ferry was cancelled. We had a few interesting birds turn up at Seosan, and it was a treat, as always, both to bird with Jason, as well as blabber on about birds with him.
More on Seosan soon.
Posted by Matt Poll at 10:42 PM No comments: 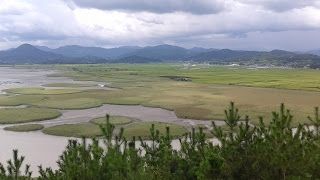 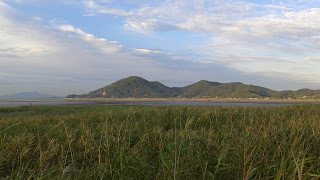 Butterflies of Korea - Part I