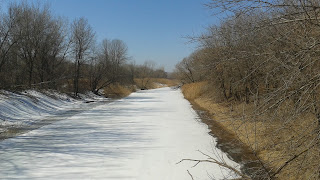 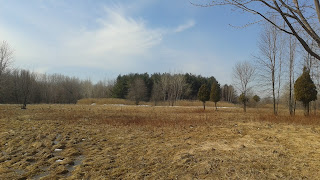 Dan and I spotted 27 species on a gorgeous (a sunny 10 degrees) late March day. The park was surprisingly devoid of people, and we had some interesting species, with several early hints of spring. I am a bit embarrassed to admit that the American Tree Sparrow was a lifer for me, as the species seems to be fairly easy to see - not sure why it’s taken me this long to catch up with it. We must return to this spot in a few weeks to see what’s moving through. 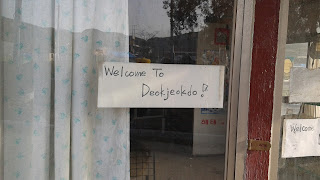 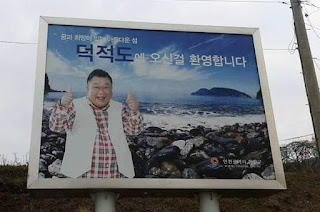 Deokjeok-do, an island west of Incheon, was the first island I went to in Korea (wayyyy back in 2005), and it got me hooked. The kind and humble islanders, relaxed vibe, gorgeous habitat, and exciting array of bird species induced me to return a dozen times in two years, when I was living up near Seoul. My Deokjeok memories also heavily influenced my decision to relocate to Jeju Island in late 2008 - a choice I almost never regretted.
To wrap up my final sojourn in Korea, Tim Edelsten (also a Deokjeok devotee) and I went to Deokjeok and stayed in the harbour in the northeast corner - 'his' side of the island. I had always stayed at Sopori beach in the south, so it was fun to show each other 'our' patches of the island, as well as pioneer some amazing new tracts of habitat.
In spite of several troubling new signs of development, there is still an abundance of mouthwatering habitat on the island, especially for migrants. It was a bittersweet farewell trip, as I won't be returning to a Korean island anytime soon. With spring migration already starting up, it will hurt to not be there birding all day long. I will have to live vicariously through the several birders left in Korea this spring.
One of the highlights of the trip was seeing good numbers of Light-vented Bulbuls in several locations. My first experience with this handsome bird was on Deokjeok in March of 2008, and the first Korean record for this rapidly-colonizing Chinese species was only several years before that. Other highlights included hearing a Eurasian Nuthatch (a rare offshore record), and spotting a Grey-backed Thrush - a species that is seldom recorded in winter in Korea.
More importantly, it was amazing to get to spend some time birding and hanging out with Tim before I left. Regretfully I wasn't able to do that with all of my Korean birding buddies, but thankfully I was able to see them all at least once in the past year. I will miss that wacky pack of misfits.

A reminder to check out Tim's comprehensive report from our Deokjeok trip:
http://www.birdskoreablog.org/?p=17788
Posted by Matt Poll at 7:57 AM No comments:


It has been over a week since I returned from Korea, and I'm still mega-jetlagged. I still have a few final Korean posts to put up - in the meantime, here's my first Montreal birding session of the year.
Feeling a bit lazy and not up for a long drive, Dan and I went to Mount Royal Cemetery to see what was about. It was a gorgeous sunny and clear day, with a fresh coat of snow on the ground and temperatures hovering just above freezing. We had a total of 18 species on the day, with the obvious highlight being the waxwings.
At least 35 Cedar and over 20 Bohemian Waxwings were well-watched as they lazily fed on berries and ate the melting snow off tree limbs. It was a real treat to observe the two species side-by-side and compare field marks. Cedars were noticeably smaller, with the pale yellow belly popping in the field, whereas the darker, larger Bohemians were easily identified by their reddish-brown undertails. We had both seen these species before, but never such long and leisurely looks at both species simultaneously.
Other highlights included large numbers (100+) of American Robin feeding actively at the scrub edge near the entrance, a Song Sparrow, several Dark-eyed Juncos, House Finches, and American Goldfinches, a pair of White-breasted Nuthatches, several Hairy and Downy Woodpeckers, and a Northern Cardinal.
One notable observation was an American Crow (one of over 20 in the area) that showed conspicuous white wing patches. This was new to me, but according to Sibley, this variation is 'rare but regular'. I wonder how often they're seen in the Montreal area?
Very cool to see, in any case.
Posted by Matt Poll at 4:21 AM No comments: