Slow day, so I was flicking through some old folders from Gageo Island, and found these images of Tsushima Smooth Skinks. These sleek, coppery shrike-treats are usually found on Jeju and the Yellow Sea islands in the summer. Why am I digging through these old folders? Perhaps I'm trying to relive the giddy feeling I got when I was spring birding on the islands. In any case, one fine Gaego morning I saw one of these skinks attack another one, that appeared to be mangy or sick. How rude! It's a lizard-eat-lizard world out there. There's a haiku in there somewhere.
Posted by Matt Poll at 2:24 PM No comments:

Abducted by a Korean gangster 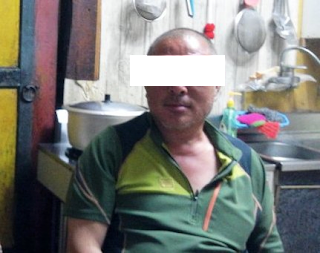 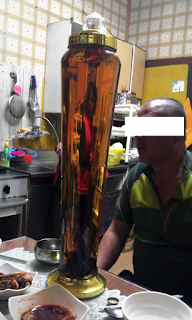 It's time to recount the wacky tale of that time when I was abducted on a small Korean island in the Yellow Sea. This was a few years back, and I was there to survey the glorious spring migration. They don't get too many foreigners on this island, and I suppose the locals were trying to figure out what I was all about. So one night, as I was about to sit down in my hotel (I use that term loosely) to my daily dose of dreaded spicy fish head soup, this big dude showed up and pulled me out the door by the arm. He dragged me to his humble house in the hills, where his wife had laid out an epic dinner.
I have my suspicions that this guy was the head honcho on the island, as the locals seemed to fear/respect him, and I'd seen him a few times at the docks in the pre-dawn gloom, up to no good. Once I saw him and the one cop on the island meet there, and an envelope changed hands while something was hurriedly offloaded from a trawler. The 'one cop on the island being tight with the one honcho on the island' thing seemed to be the rule, rather than the exception on these remote islands.
At first he was basically interrogating me, asking me all manner of personal questions. As the dinner wore on, he warmed to me, and bellowed at his wife in Korean "Wife! Bring the Tree!" She popped out of the back room where she had been hiding out, carrying a massive vessel filled with liquor, with bits of tree floating around inside. We hit the Tree pretty hard, and were soon singing karaoke songs and giggling like ninnies. There was much red-faced back-slapping. I don't remember getting back to my hotel, but from the evidence I was able to piece together in the morning, I suspect that four to six Korean men broke into my bathroom and vomited everywhere. And a little bit near where I was sleeping.
As I shakily headed out for my birding circuit the next morning, Big Boy came down and gave me a big bear-hug in front of some of the other townsfolk. After that, I was a made guy on the island. Instead of glaring at me suspiciously from doorways, folks would run out and offer me coffee and snacks. That's the power of the Tree.
Being kidnapped by a Korean fellow was a bit stressful at first, but not quite as stressful as the time I was accused of espionage on an island within sight of North Korea. Twice. Incidents like these are what I'll miss about birding in Korea.
Posted by Matt Poll at 10:06 AM No comments: 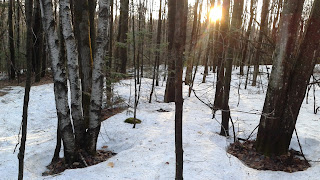 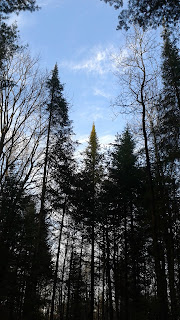 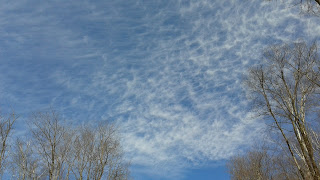 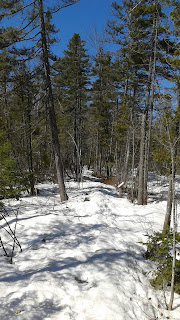 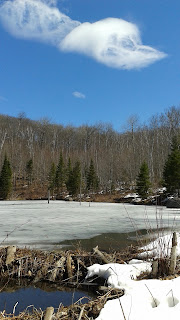 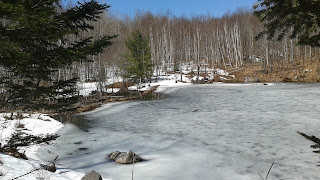 Epic trip up north, April 18-20, 2016
Yes that’s right. I saw an American Woodcock! I went up north to Prévost to hang out at Joey’s for a few days, and the birding was solid. “The Woodcock Incident of ‘16” was one of those serendipitous birding events that you remember for a while. Joey and I went out for a digestive constitutional at about 9:30pm, and a few blocks from his house we heard a nasal, Nighthawk-like ‘Peeent!’ coming from a roadside field. “Woodcock! Woodcock! Woodcock!” I hissed while hopping up and down like a crazy person. The sun was fully down, and the field was country dark, so we didn’t see it that night. I rose at 5:30 the following morning to have a go, but I knew it was a long shot, as dusk really seems to be the time to see them. That night we returned to the field and set up a silent stakeout, and after almost an hour of waiting, we heard the display flight twitter on our right at 8:30. We froze. Seconds later, a ‘Peeent!’ from our left. Two birds! We ended up seeing one bird in display flight several times, and got sketchy blobby views of the stationary bird calling on the ground. Terrible, dim views, but still a spectacular moment. As soon as I figure out how to, I’ll post up the sound recordings I got. Woodcock!
Early on the 19th, we went to Les Sentiers Écologiques de Saint Hippolyte for a hike. We probably should have brought snowshoes, as one step off the trail and kapow you’re up to your hips in snow. Tiring, but entertaining. Ruffed Grouse along the trail, and singing Winter Wrens were the obvious highlights.
Back at Joey’s, the staggering numbers and variety of birds drawn to his backyard feeder had me glued to the back window literally for hours. Terrible houseguest. Woodcock!

Bleary-eyed and disoriented like a newborn giraffe when Dan showed up at the ungodly hour of 8:30, I stumbled into Dan’s trusty Prius yesterday morning. We headed back to St-Louis-de-Gonzague to re-try our luck with the vaunted Pink-Footed Goose. Once again, the goose did not fail to disappoint, with not even a hint of the 3,000 Snow Geese it conspires with. Headed north perhaps.
We ran into a large group of birders from a Vaudreuil birding group there, and followed them to the nearby Marais de St-Timothée (marais = swamp). Swamps are such lovely places, I’m not sure why they get such a bad rap. We spent an agreeable couple of hours picking through the ducks hiding amongst the stumps, and enjoying the bounty of those cavorting metallic cigars, the Tree Swallows. The Vaudreuil birding gang were truly a cheerful and welcoming bunch of folks, hopefully our paths will cross again further down the road. I do still find it a bit surreal to be around so many other birders, after birding in Korea for so long, a land where each birder is issued their own province.
On the way back to Montreal, Dan slammed on the brakes as a large flycatcher zipped across the road. I quick-deployed like a member of some tooled-up birding SWAT team, and ran back to follow the bird to the tree where it landed. I heard it first – Eastern Phoebe! It perched there pumping its tail like a shrike, and I managed to get a crappy record shot, as this was a lifer for me (I know, right?).
The key problem with this otherwise-joyous situation was that the tree in which it was perched happened to be in the front yard of a farm house. This particular farm house featured a massive pick-up truck in the driveway, and a front yard littered with the toys of a young child. And here I am, some random scruffy guy dressed in green running up and lurking out front, aiming a big camera in the direction of the house. I saw movement behind the curtains then heard a door open, so I made a calm retreat back to the car. As I walked back I swear I heard the faint sound of a pissed-off Paul Bunyan-type racking a shotgun shell into the chamber. Or was it just the wind? I made a show of waving my field guide around to show Dan what I'd seen, hopefully the international gesture for harmless birder (as opposed to deranged highway peeping tom). A reminder to never break one of the unwritten rules of birding – never point optics at someone’s residence.
In other news, I’m headed to Prévost tomorrow for a few days of music and birding – should be awesome! Hopefully some early migrants will be passing through.

On April 13th I went up to the Westmount Summit to have a nosy and see what was kicking about. I guess I'm getting old, because several key spots on my legs were aching by the time I'd made it up the steep hills of upper Westmount. I'll blame it on the jetlag, still, heh heh.
There was nothing overly interesting at the summit, migratory bird-wise, but I was surprised to see several large butterflies basking in the sun. This seems early for butterflies, with the night-time temperatures still dipping below zero this week, but what do I know. As was the case for mammals, my ignorance of butterfly species angered me a bit, so I went out and picked up a butterfly field guide. Turns out my butterfly was a Mourning Cloak, a kind of Brushfoot known for being an early harbinger of spring. Now I know.
Posted by Matt Poll at 10:09 AM No comments:


"Goosedip/Rainnihilation"
A planned trip to the Morgan Arboretum was slightly modified yesterday, in order to have a look for a Pink-footed Goose that was recently spotted in the company of 3,000 Snow geese in nearby St-Louis-de-Gonzague. When we got there, the area was largely devoid of wildfowl – only seven bewildered-looking Snow Geese were found. I’m guessing the waterfowl moved en masse as a result of a large cold front/precipitation system that moved through the previous night. Oh well, that’s birding – it wouldn’t be fun if you saw every bird in the book every time. There must always be something left to look forward to. Or at least that's what I keep telling myself when I dip. Chin up, eh wot!
By the time we arrived at the arbo the snow had changed to a steady rain, and we had the whole foggy, sodden place to ourselves. It was a treat to see Golden-crowned Kinglets, a species I hadn’t seen for some while. It brought to mind PQSPB trips from the 80s, where a young Dan and I would piss off the adults by racing ahead of the group in a crazed effort to see Kinglets. Kinglets were like crack for us, I guess because they were so small and cute. “Chubbyfluffy”.