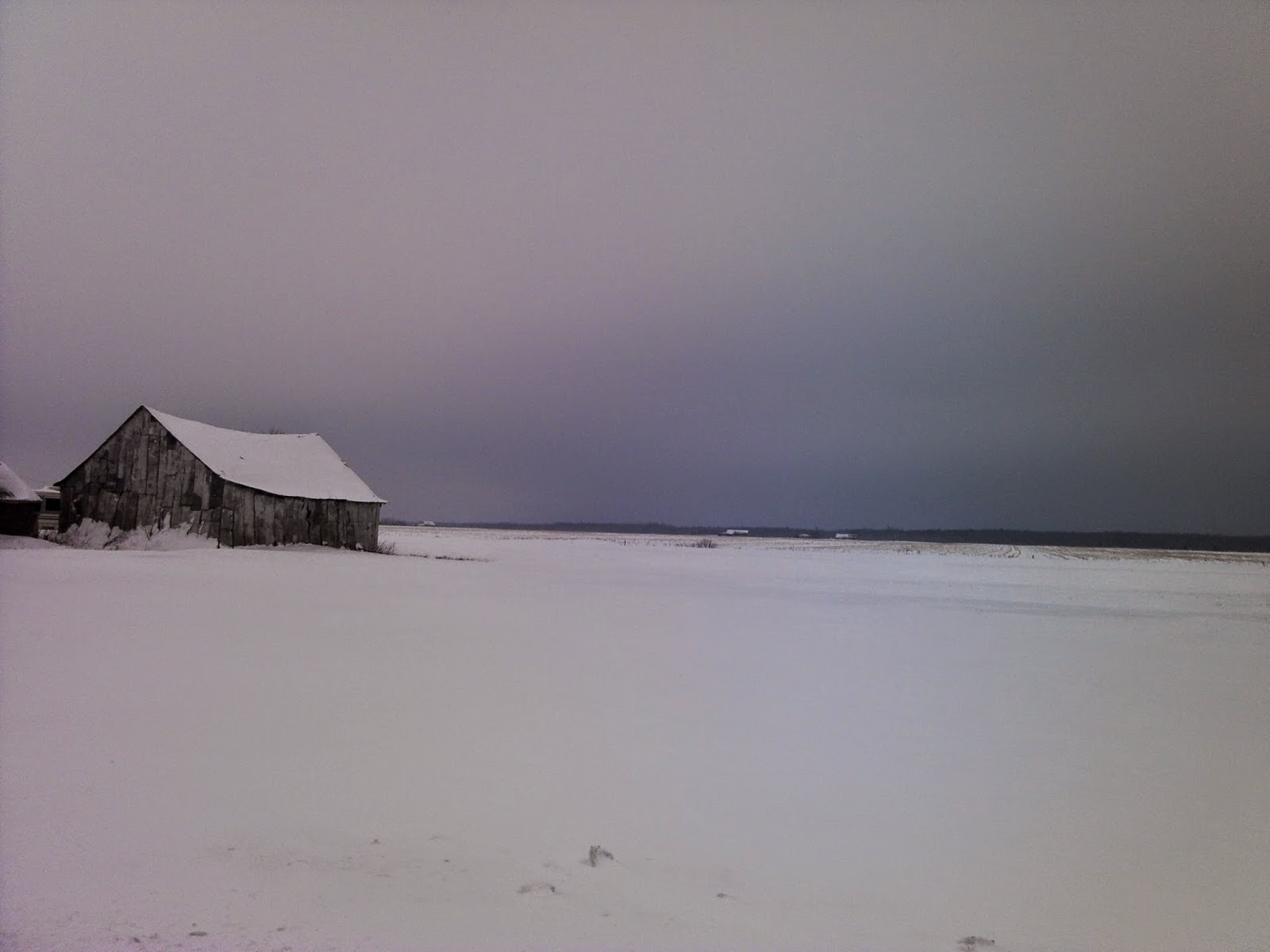 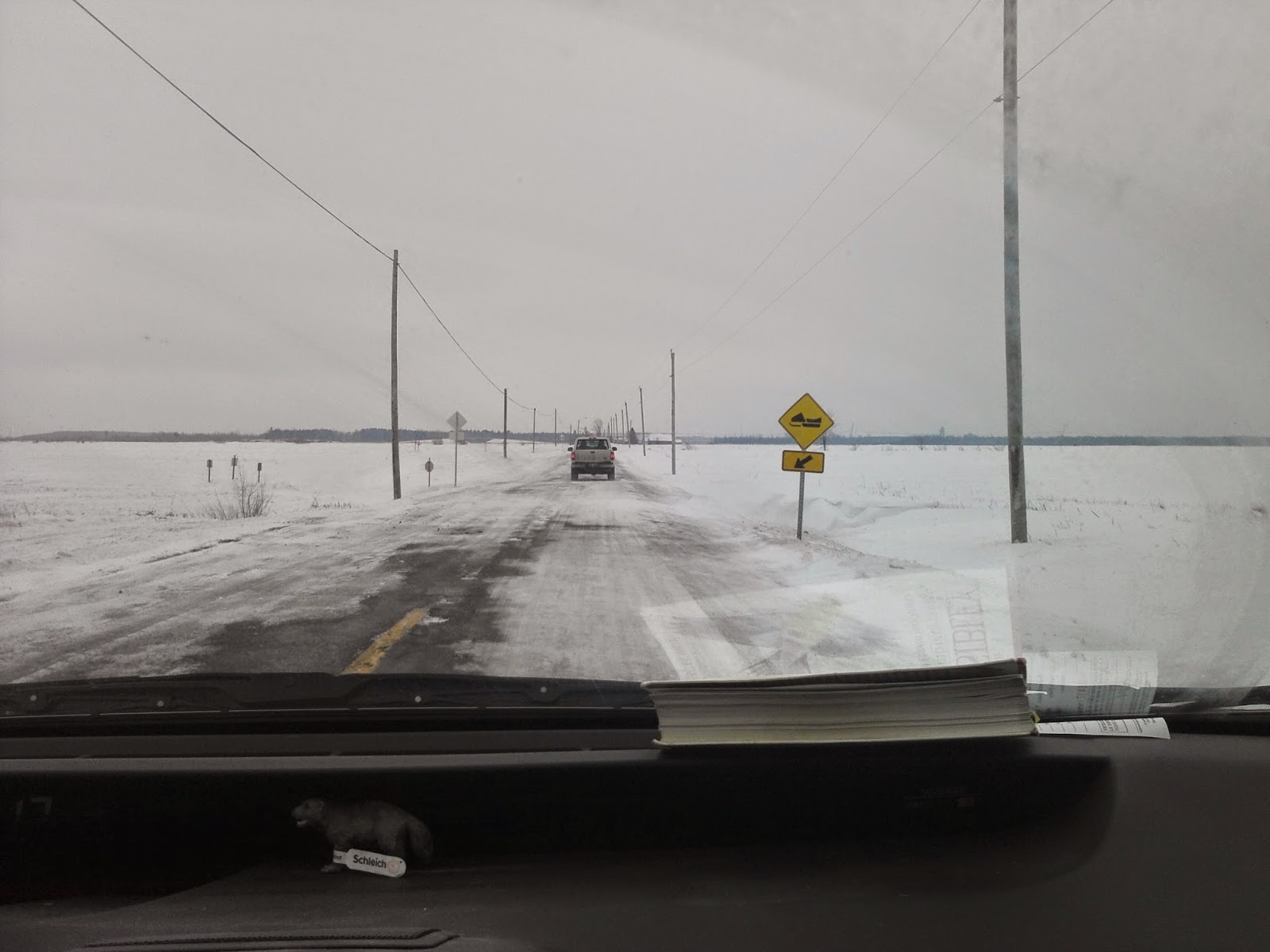 Dan had Grey Partridge fever, so (relatively) early this morn we zipped up to gloomy Mirabel to scan some large fields in hope of sighting bird-shaped blobs. In spite of numerous recent records in this area, we came up blank on the partridge front, but did manage to get some satisfying winter sightings in. After missing out on Snowy Owls for most of our adult lives (until finally seeing one last week), the species was almost in danger of becoming a 'garbage bird' today. We saw three in and around these fields, including some long luxuriant looks at one from close range.
The Snow Buntings were out in force, with well over 50 seen near the roads. Long-winged and handsomely pied, they have a graceful clumsiness that always cheers me up. After a romp through the deep snow in some nearby woods, I saw my first actual Wild Turkeys. They looked like a pack of little dinosaurs, as they skulked between the trees.
Near the entrance of Parc du Domain Verte, we spotted a Merlin that was whipping a nearby group of Chickadees into an agitated frenzy. Since the entry fee for two adults into the park was a scandalous 30$, we said 'Eff this' and went for poutine.
Posted by Matt Poll at 4:26 PM No comments: 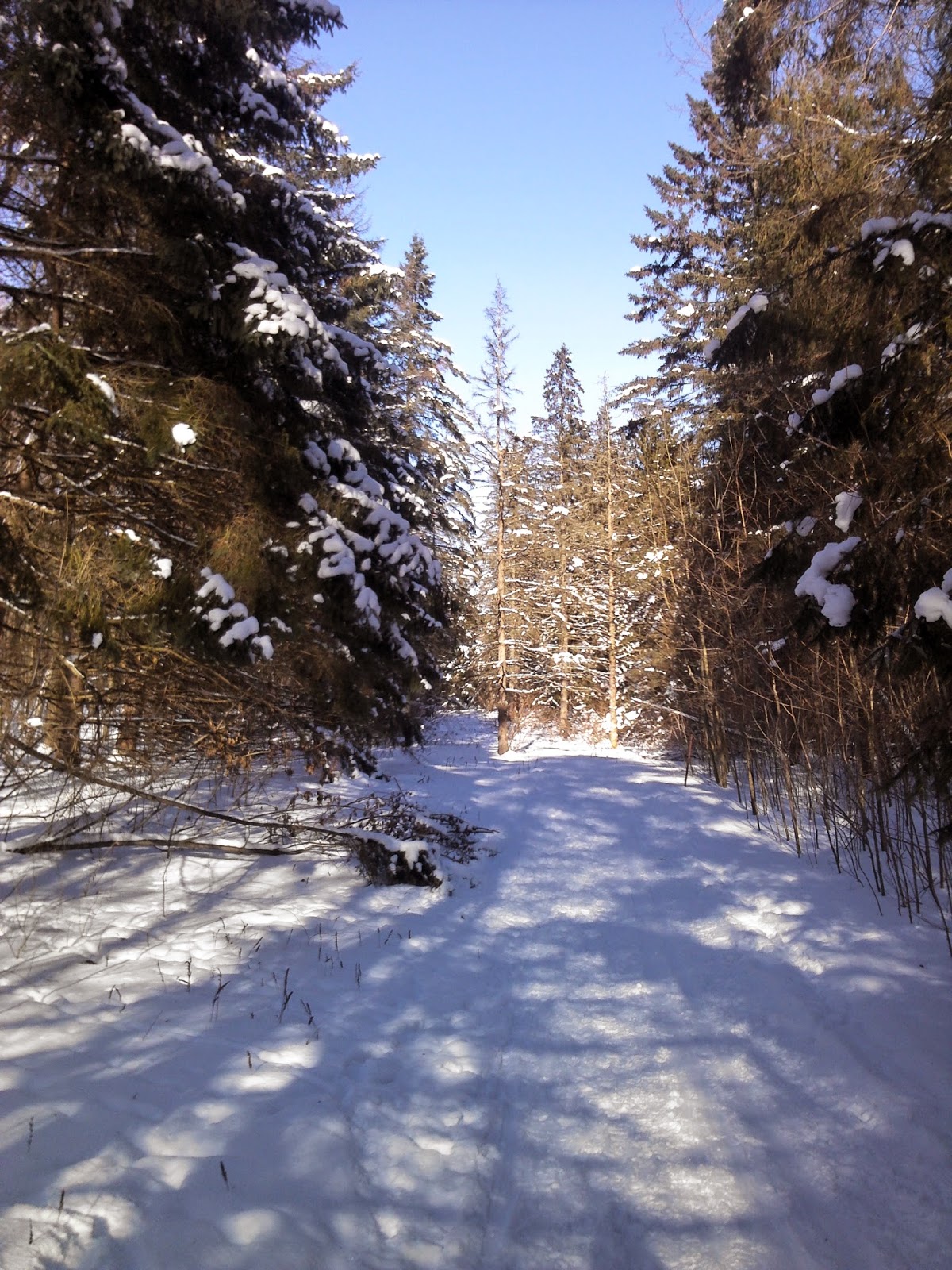 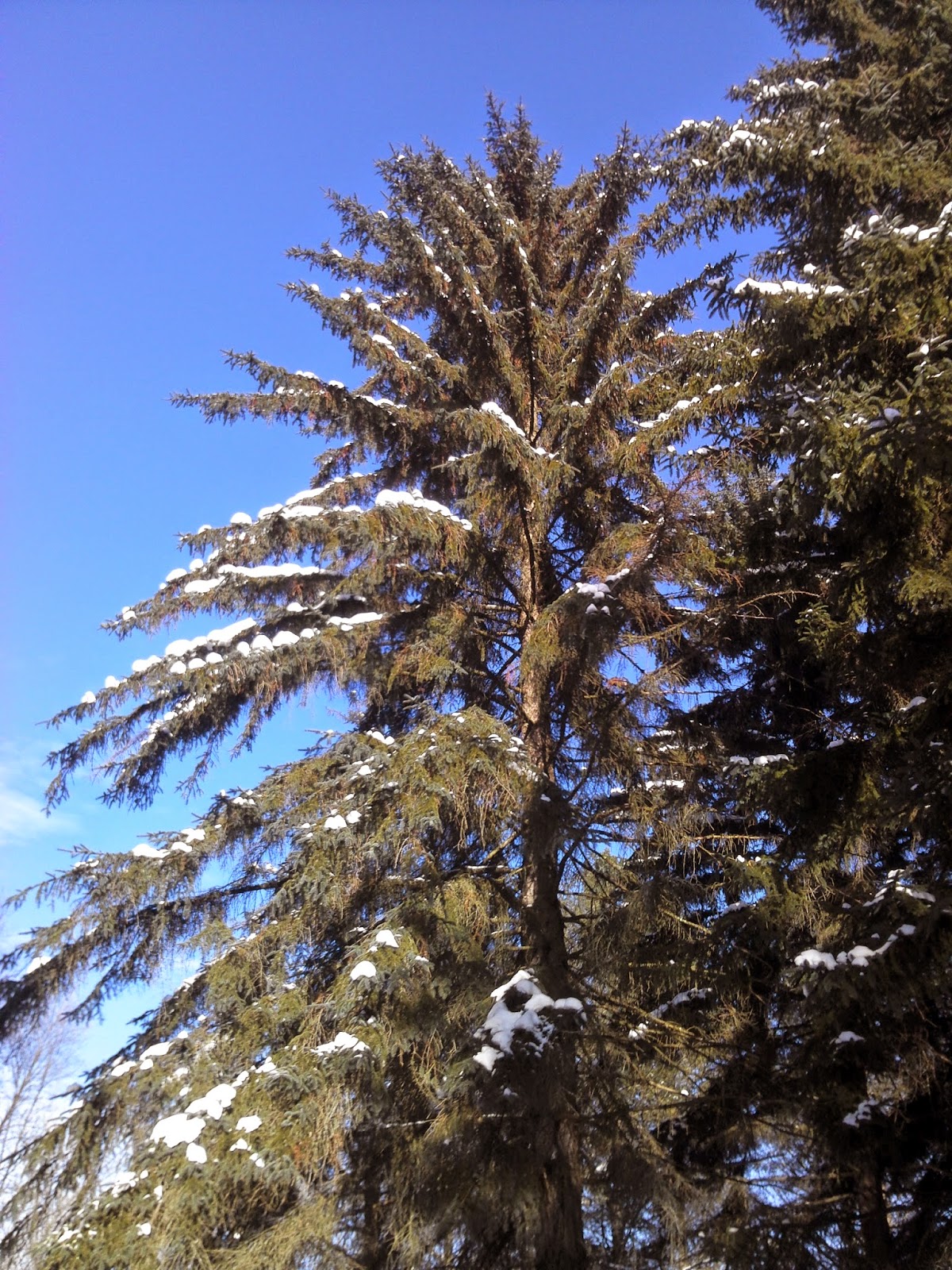 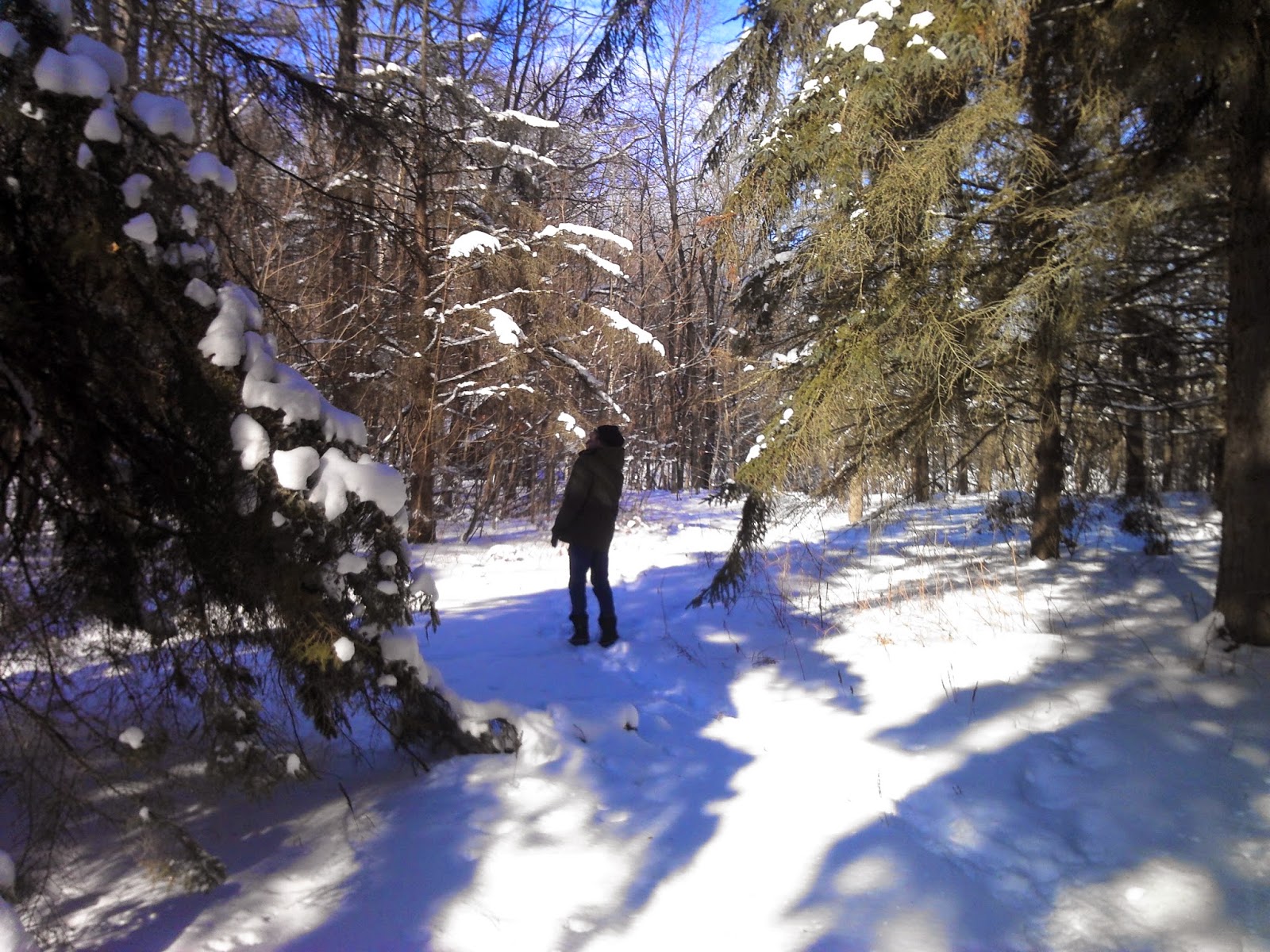 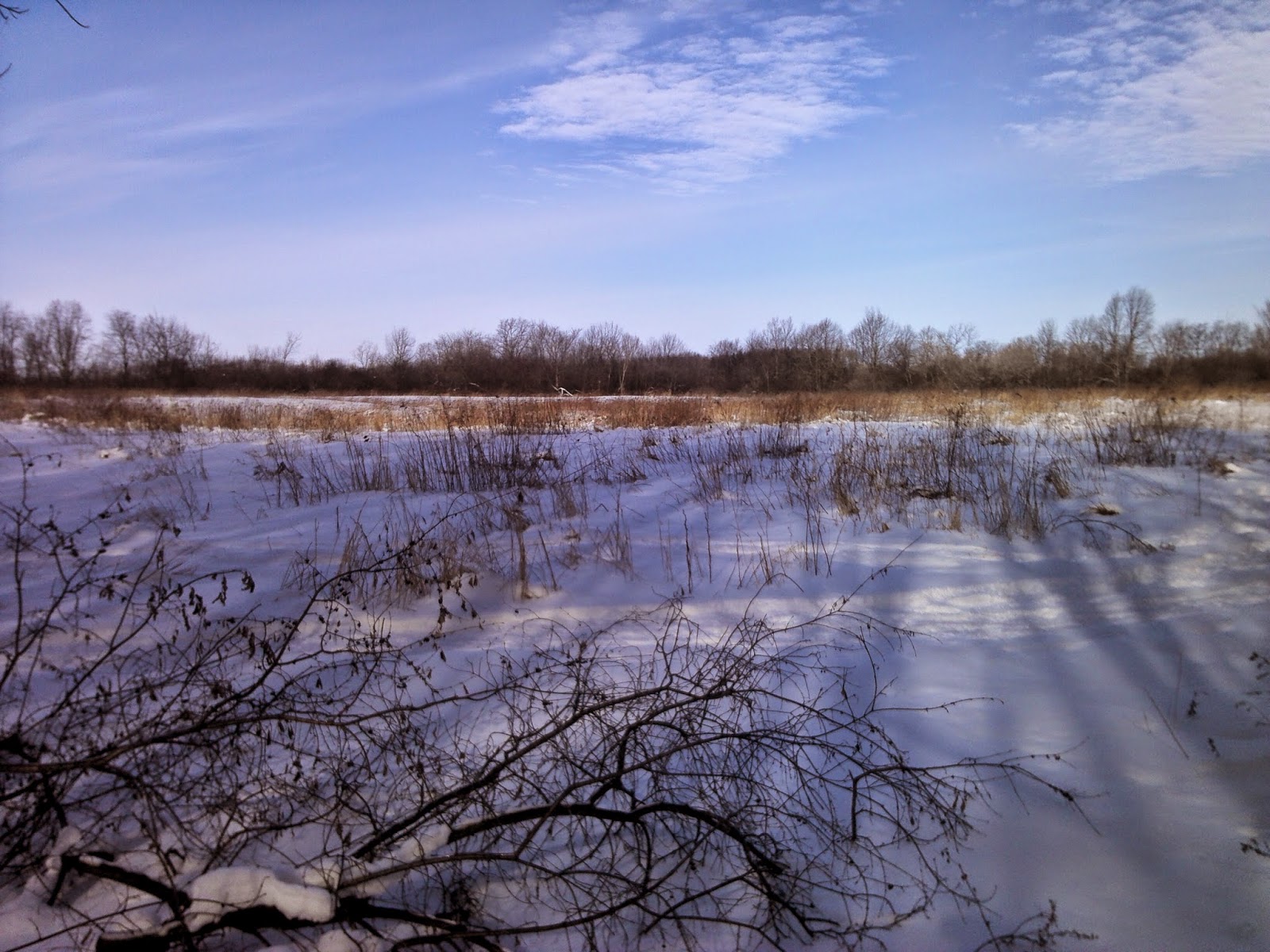 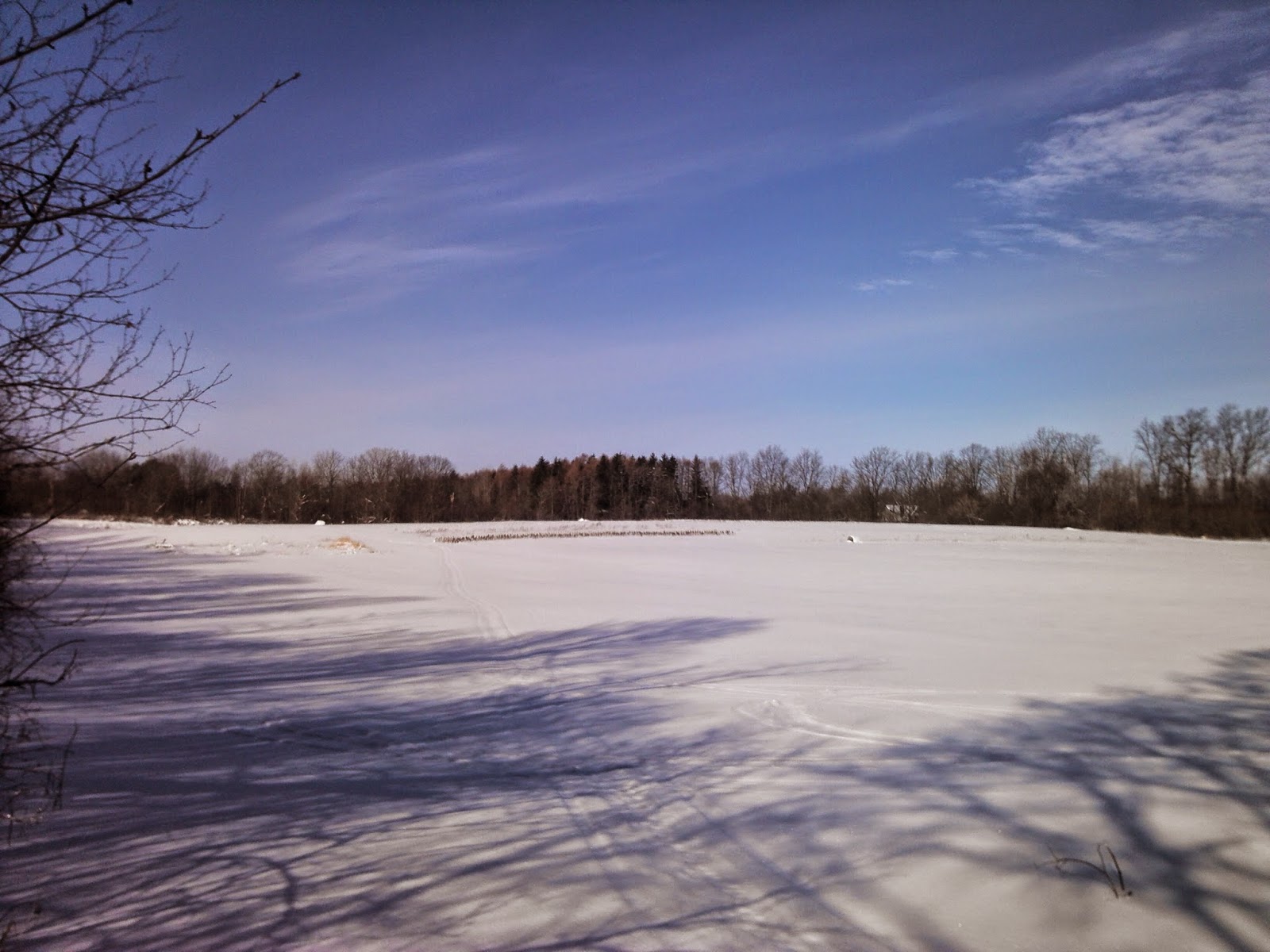 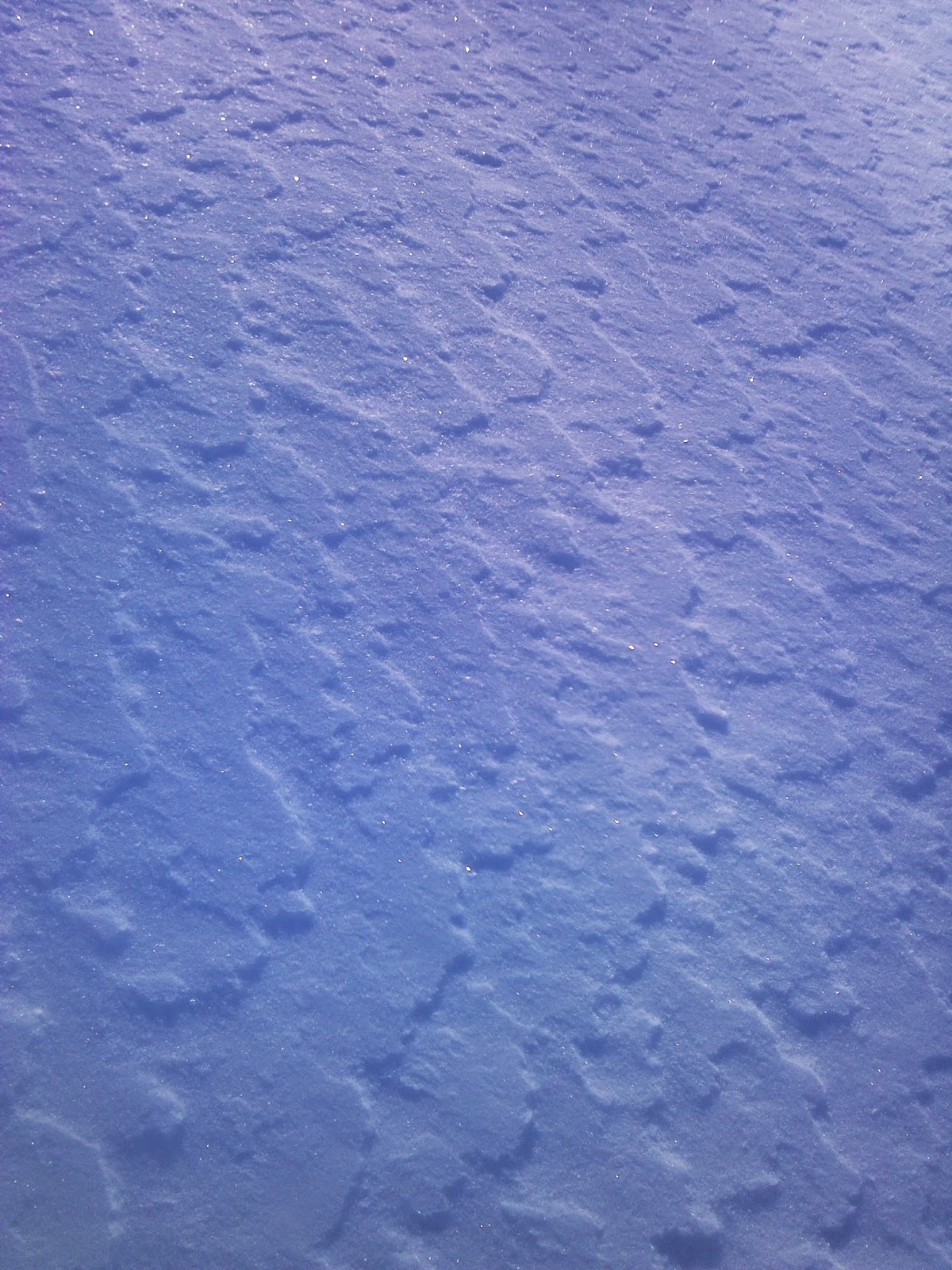 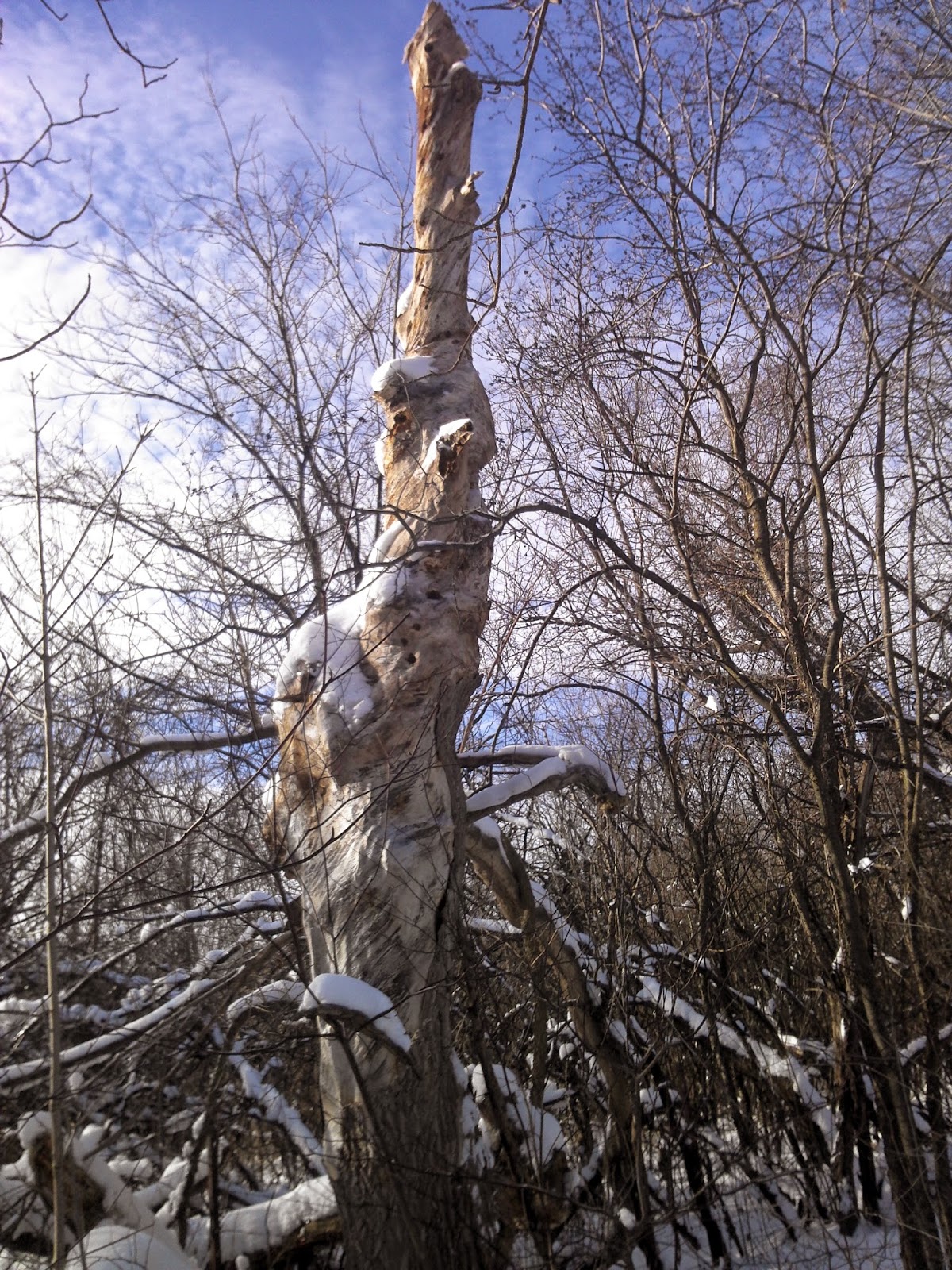 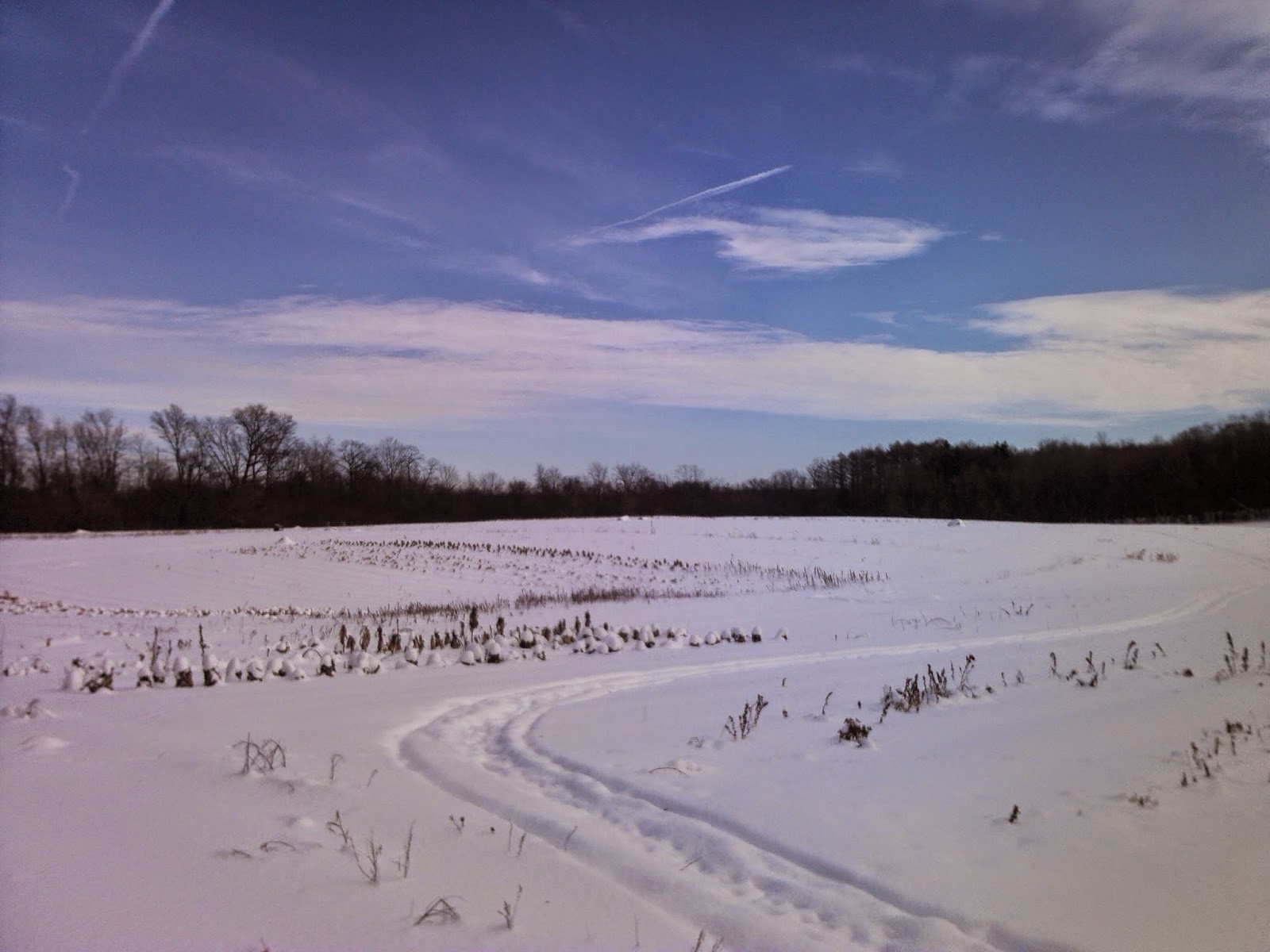 It was COLD at the Arbo. We're talking eyelashes and beards icing up Shackleton-style cold. In spite of an overabundance of layers, our fingers and toes kept alternately dying and reviving, in a painful, tingling hell-in-boots. But that's what gives us Canadians character, innit! I'll just keep grimly telling myself that.
It was great to see four species of woodpecker, and the birds of the day definitely had to be the pair of Red-bellied Woodpeckers we spotted several times high in the treetops. Gorgeous bird! We weren't lucky enough to stumble onto a Great Grey Owl like we did two years ago (Jan 16, 2013 Arbo Report), but there were some nice birds about. Some spots were dead, while others were uber-birdy. We had to cross a Hoth-like field to confirm a group of Common Redpolls feeding in some reeds, and were rewarded with ridiculously close views of a nearby Pileated Woodpecker, thundering away at a low tree. 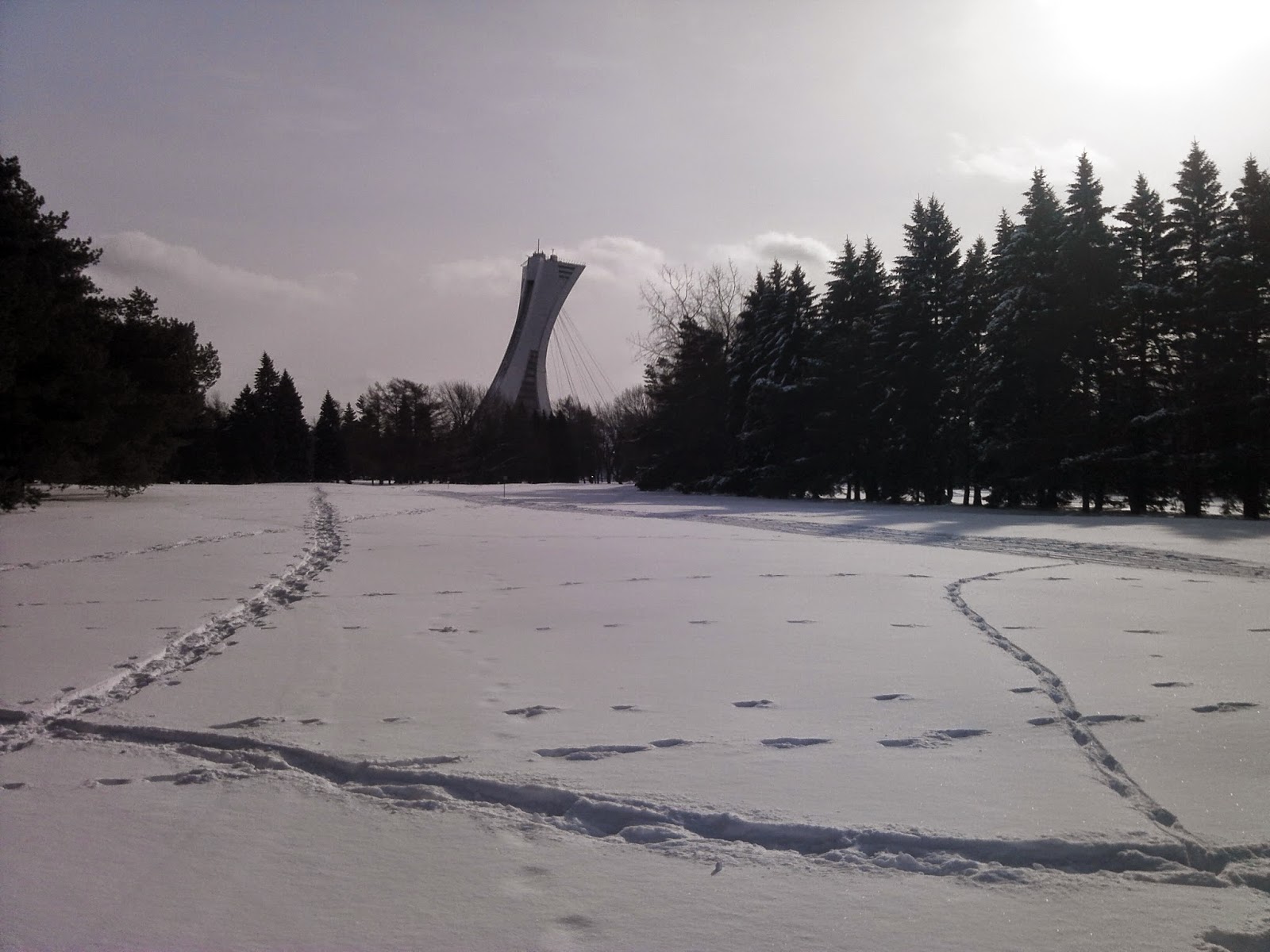 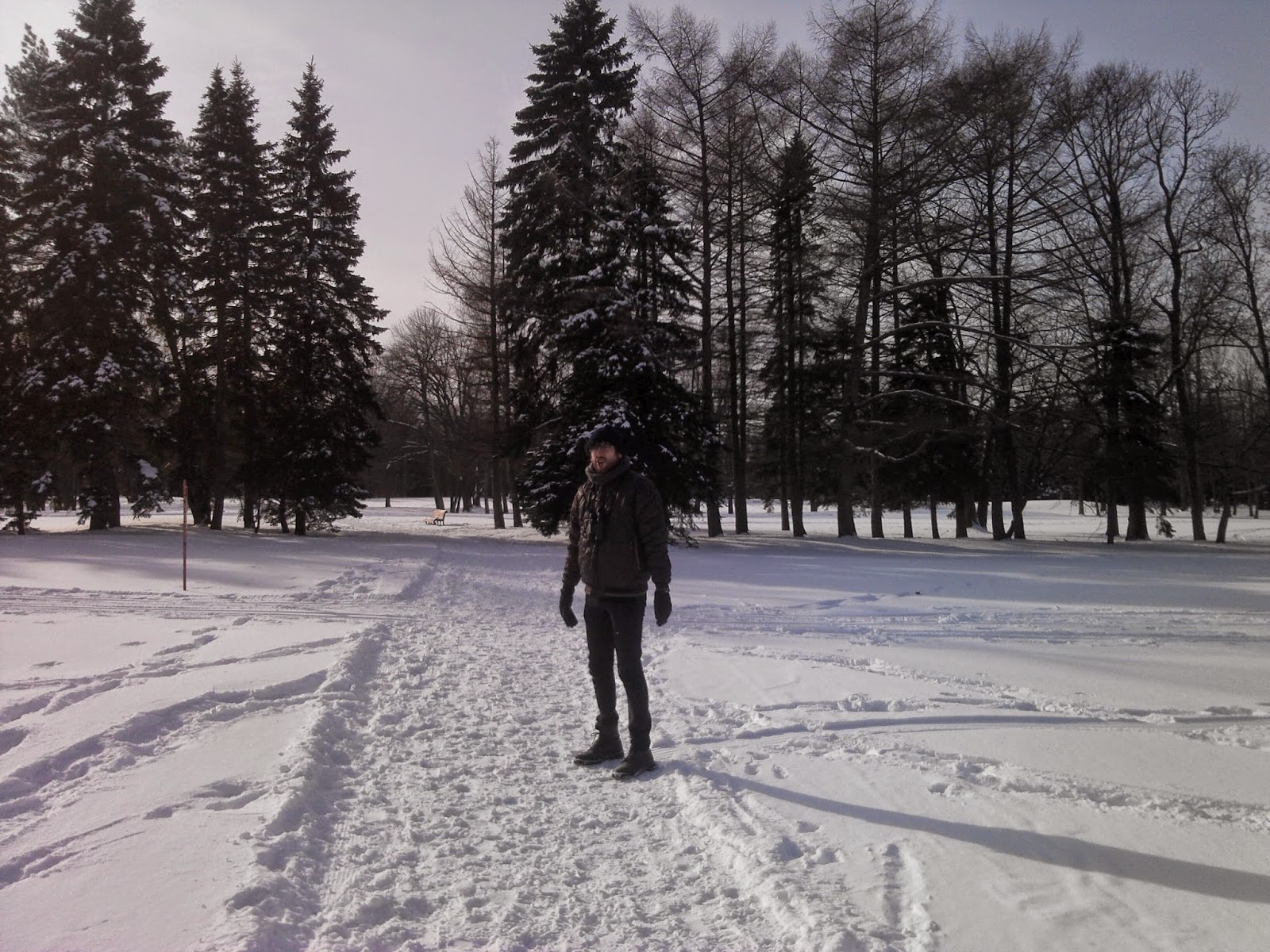 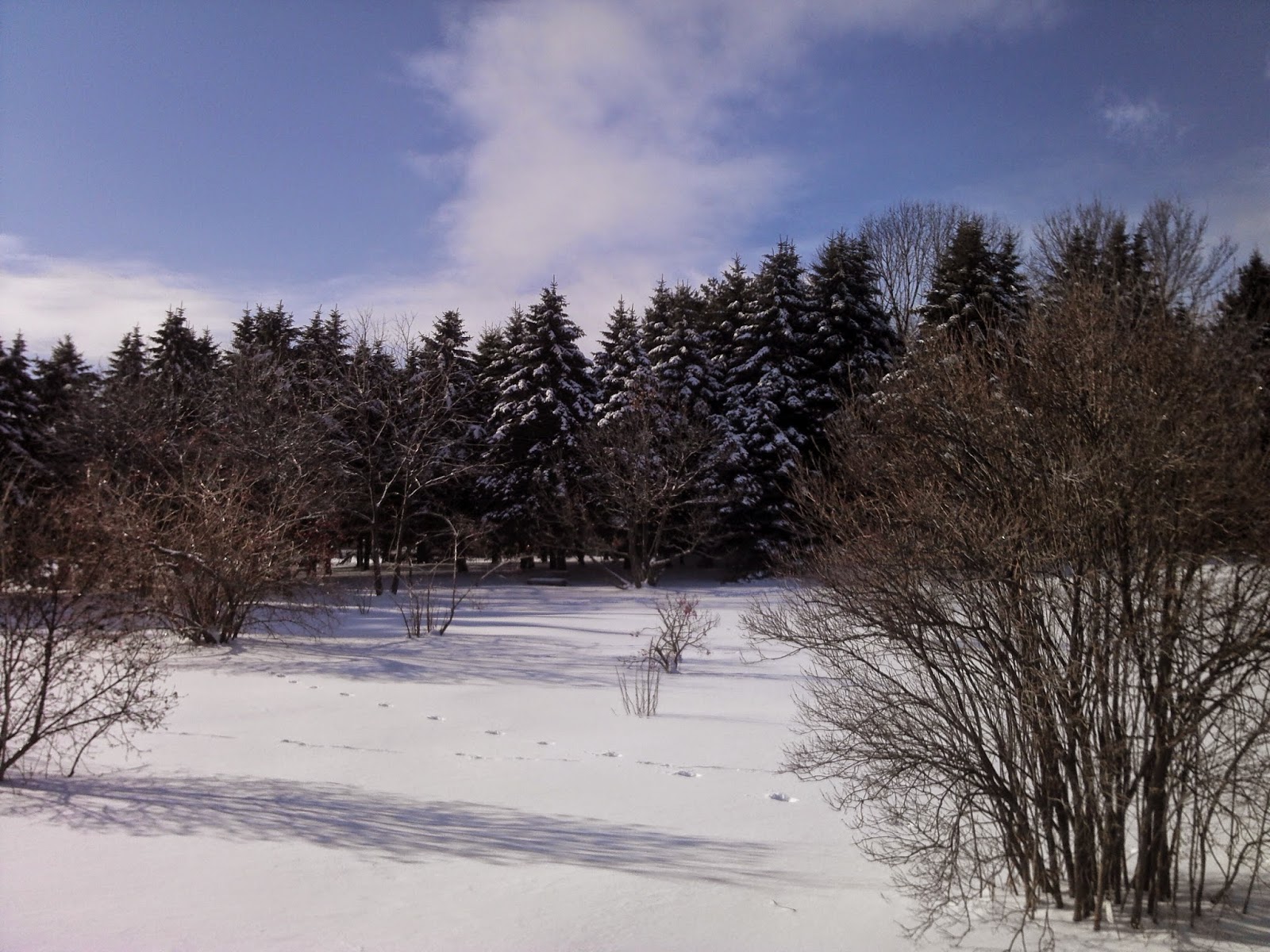 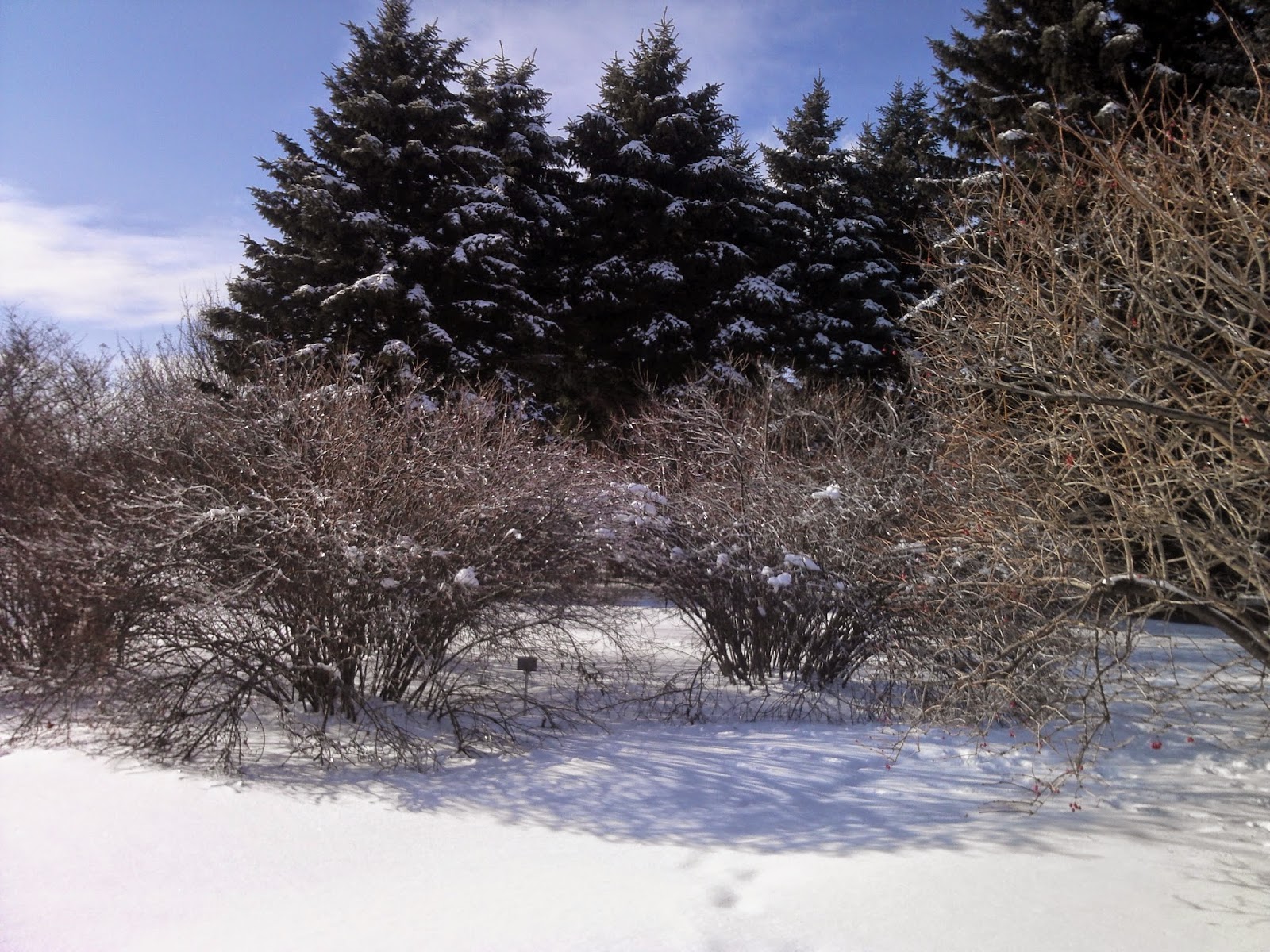 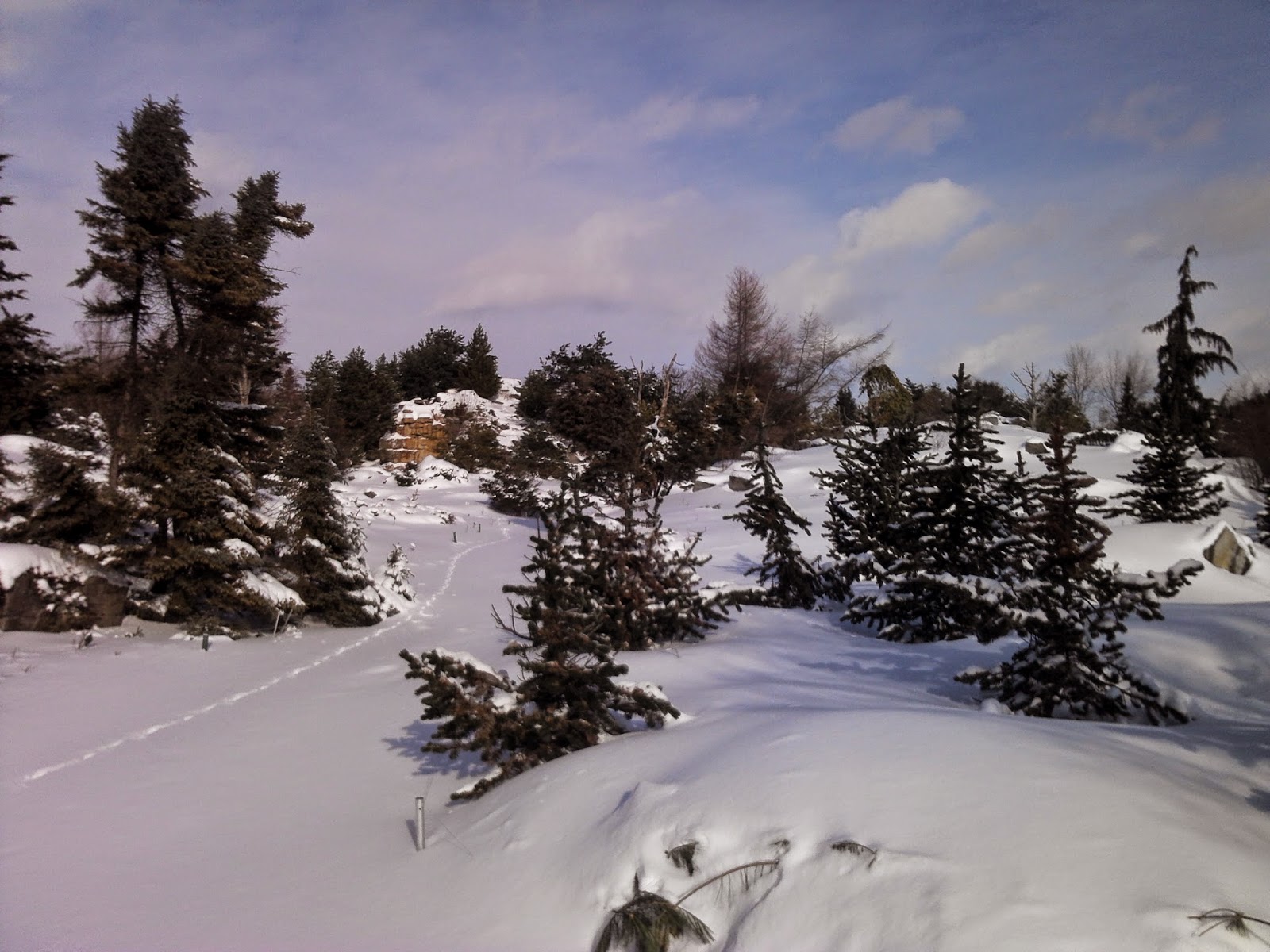 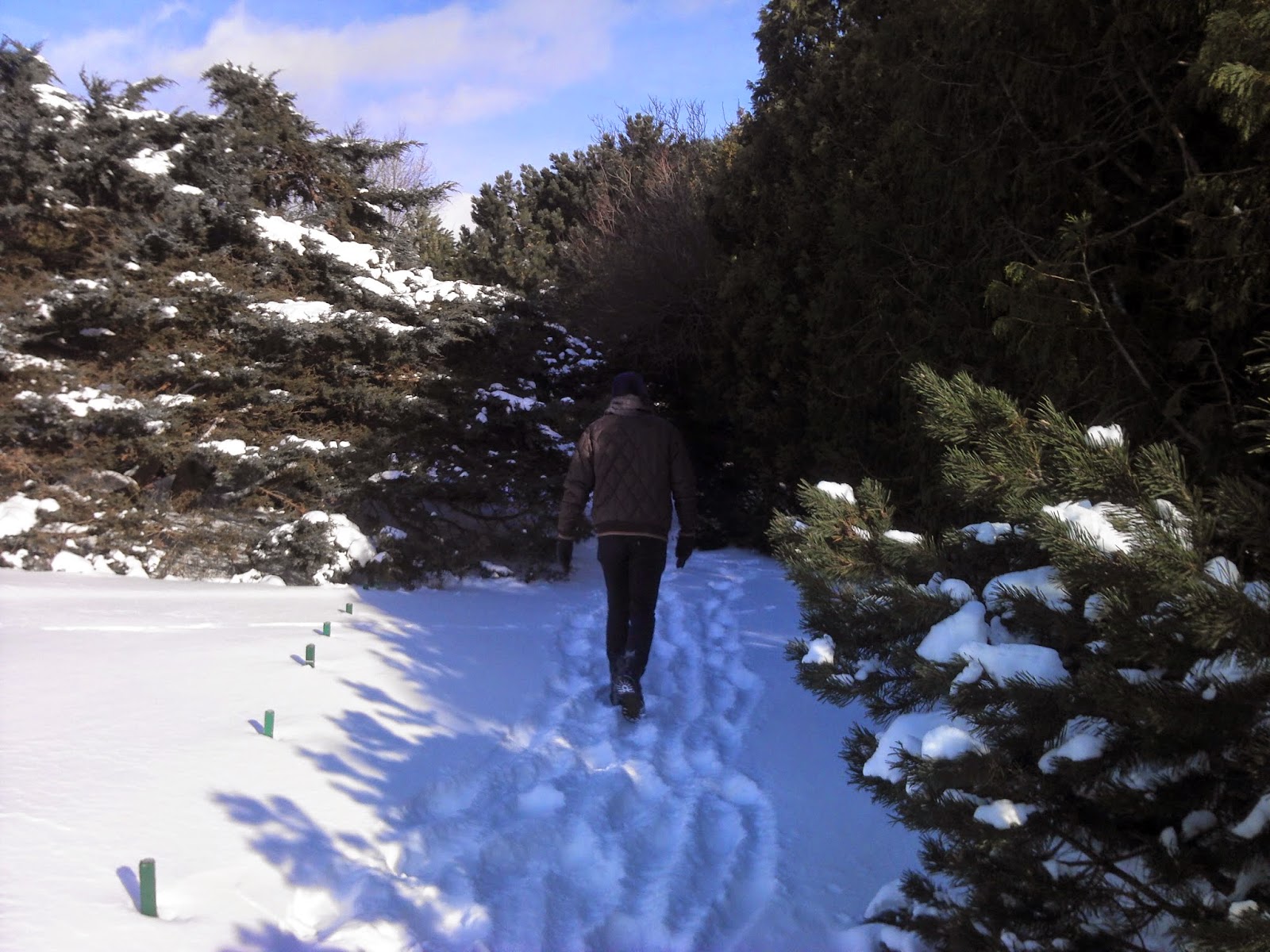 And we're still at it. Taking advantage of balmy -15 weather, Dan and I hit up the Jardin Botanique in Montreal's east end - the same spot where we saw Pine Grosbeaks in February of 2013. No such luck this time, but there was a good selection of 'old friends' around the feeders.
My favourite moment was a close encounter with impossibly-rotund Slate-colored Juncos eating ice and snow from tree limbs - is that snow sweeter than ground snow? Also noteworthy were two new feeder stations that were essentially unused, due to being set up far from cover like the extensive bushes found at the busier feeders. We noticed both an American Goldfinch and a House Finch that appeared to have one eye permanently closed. With recent temperatures as cold as -35 at night with windchill, are the birds just closing their eyes because they're cold, or have the eyes been damaged by the cold or some illness?
American Crow - 1
Black-capped Chickadee - 45+
White-breasted Nuthatch - 2
Northern Cardinal - 1 male
Dark-eyed (Slate-colored) Junco - 25+
House Sparrow - 30 regulars in front of my place in NDG
American Goldfinch - 12
House Finch - 9
Posted by Matt Poll at 2:07 PM No comments: 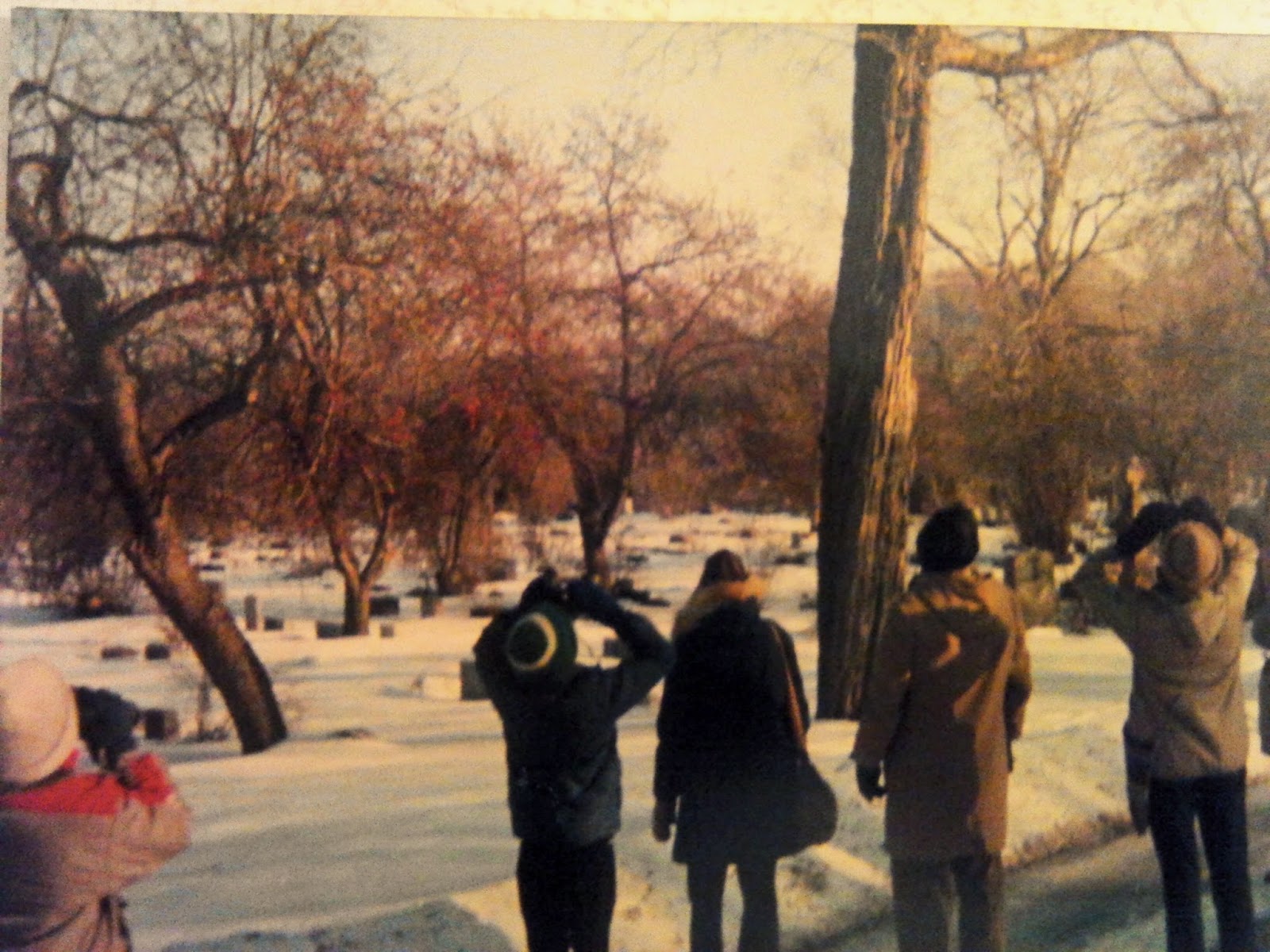 Wow, I didn't know they made colour film way back then. Here are Dan and I ripping it up on a PQSPB trip to the cemetery - no doubt pissing all the old folks off by impatiently running ahead to see all the cute birds first, flushing them in the process. Heh heh. It's been cold (-25 with wind chill) icy and windy here, so another quiet bird week, but there are plans for imminent birding in the works. And...I move to Suncheon in a few weeks - nutsoids.
Posted by Matt Poll at 2:26 PM No comments: