I went there with George and Ben on Sunday to walk through the mud and scope out the shorebirds. We logged 12 species of shorebird (among 50+ species on the day), and there were lifers for all, huzzah. The rock star bird of the day was the Long-billed Dowitcher, which was also a rock star bird in Korea.

It was neat to be able to walk down the beach taking in the shorebirds, then walk back through the woods, picking through the confusing fall warblers.

My eyeholes still burn a bit from all that sun. That’s what I get for mutating into a nocturnal creature. 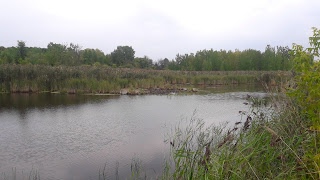 Hit the Technoparc two weekends ago with George, and got about 50 species in a few hours. The sites at the Technoparc are so large and spread out, it was my first time visiting a couple of them. Monarch Field, a lovely overgrown field fringed by forest edge was by far the birdiest spot of the day. We had decent warbler diversity there, as well as an Olive-sided Flycatcher. It looked very bull-headed, and initially had me thinking Shrike until we got right up on it.

Oh yeah, Monarch Field happens to be where ‘they’ want to build a disposable mask factory. Not one of the many available sites in the industrial park next door. Right there, in the best little spot around for flora and fauna. ‘They’ suck. Welcome to Wump World.

Later, at some pond, we found an American Goldfinch that died after getting stuck to burrs. Pretty gruesome.

Overall, my birding skills were really not sharp on the day, and seem to be getting duller with time. I guess I need to sleep, or focus more.
Posted by Matt Poll at 4:03 PM No comments:

Another weekend morning jaunt up the north shore to Yamachiche with George. There was decent turnover in the past week, both on the beach and in the woods. We ended up with a nice round 40 species, and a touch of the warbler neck. Oddly, the Magnolia Warbler we spotted was a first of year for me — I saw not a single one in the odd, protracted migration we had this spring.
Bird of the day for me was a Caspian Tern, somehow my first. Lovely bird! The famous one-legged American Golden-Plover was still there, hopping around the shoreline.
There was some confusion when a medium-small shorebird landed on the beach in terrible backlighting…it was almost pure silhouette at first. The stark breast band stood out, and I had it pegged as a Pectoral Sandpiper (America Mechuragi Doyo), but one of the shorebird pros called it as a Stilt Sandpiper. I’m kind of disappointed with myself for ignoring the breast band and initially going along with the call — I’m just not super confident with shorebirds, and fatigue, lighting, and confirmation bias did the rest. All in all though, I did feel a lot more solid with shorebirds.
After I wrote that last glib sentence, I began to stare at the pics of the Semipalms I took. Why are they so brown? Is…is that a hint of green-yellow on the legs? Are these…could they actually be…Leasts? Frantically checks five field guides, before accepting the authoritative illustrations in the superb Collins Europe guide. OK wait, they’re Semipalms after all. So…never mind, turns out I still know nothing about shorebirds after all. Time to do some more homework.
Posted by Matt Poll at 3:28 PM No comments: 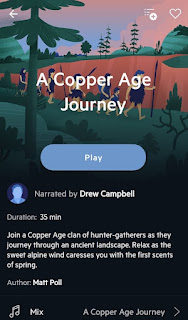 Another 'bedtime story for adults' I wrote recently went live on Relax Melodies. I was inspired by the life of Ötzi the Iceman for this one. There are birds in it, I promise. Click here for more info on Relax Melodies.
Posted by Matt Poll at 10:46 PM No comments: 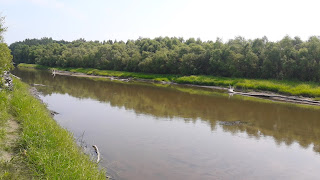 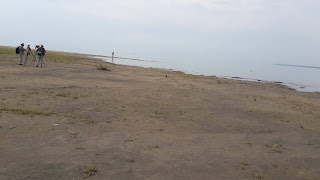 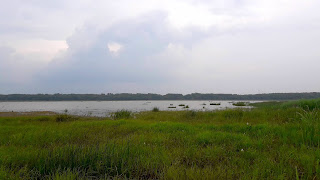 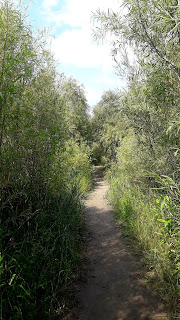 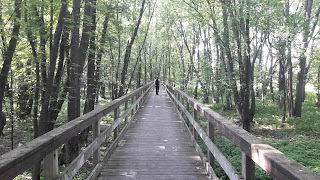 Went with George up to RN de Pointe-Yamachiche yesterday, where there’s been some interesting shorebird action of late. I’ve never been a shorebird whiz, although I encountered my share of waders in Korea. My Canadian shorebird game is even weaker, so I’d planned on boning up before the trip. Unfortunately I passed out last night before I could do my homework, so I was woefully underprepared when it came to basic stuff like leg colour, leg spur vs. none, etc. Nothing like shorebirds to make you feel like a newbie. It’s humbling, and refreshing.

I had my nose in my Sibley’s for much of our time on the beach, and I felt like I learned a lot yesterday.  Hopefully from now on I’ll be able to separate Leasts from Semipalms, and White-rumped from Sanderlings. Unless of course, my shorebird factoids are stored in the same brain coil as warbler songs, in which case they’ll be flushed down the crapper within months, and I’ll have to re-learn it all again next year. Learning is fun, so I’m cool with that. Being a goldfish isn’t so bad.

We had nine shorebird species to puzzle through, and ended up with a species count in the mid-40s. It was weird seeing Sanderlings in something besides winter plumage (like in Korea). We both got lifers on the day, good times.

The Phoenix and the Raven 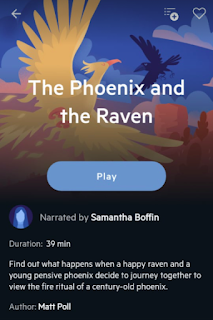 My latest 'adult bedtime story' for Relax Melodies is out. Birds! Details on the whole thing are here.
Posted by Matt Poll at 1:41 PM No comments:

Knocked the dust off the binos yesterday, to see what was kicking around in Mount-Royal Cemetery. We logged 29 species in five hours, under cloudy skies, and lovely room temperature weather with periods of non-rain rain.

The juvenile birds were everywhere. Young Chipping Sparrows were seen jousting with Gypsy Moths. Red-eyed Vireos and Great Crested Flycatchers were also getting after the moths, and I noticed several duels between adult and juvenile birds of those two species. I’m guessing they were being forcefully weened. Maybe the super-abundance of Gypsy Moths is leading some birds to push for an opportunistic second brood?

In several areas, juveniles of several species were testing out their wings in what I call ‘nurseries.’ These are small, enclosed wooded areas with tight canopy cover, where the younglings toddled around under cover, while adult birds perched up top, looking bored, yet alert.

Other highlights: Turkey Vultures feeding on Groundhogs, a Yellow-throated Vireo seen by the apple trees on Mountain View, and a Black-billed Cuckoo briefly heard up by Pine Hill Side, before the mowers started up.
Posted by Matt Poll at 12:36 PM No comments: