Twitched an errant White-eyed Vireo in Angrignon Park today, and was reminded why I don’t tend to enjoy being around when rarities are being pursued. While many folks were observing quietly from a respectful distance, when the bird showed, several lens-bros rushed up to the bushes. We're talking within a foot or two of the bird (!), while talking loudly the whole time. Many of the other photogs (no binos = you’re a photog) shrugged and followed them. Then of course the incessant playback began. Blarghhhh. “Too close!” I yelped, but no one was listening to me.
I mean, if everyone had backed up about 15-20 feet and shut their gobs, the bird would more than likely have showed well at the edge of the scrub. It was especially easy to see from up on my high horse. But seriously folks, you can buy cheap binos at Canadian Tire for like 50$. Bah humbug.
Anyhow, I hope this bird, well north of where it should be, gets turned back around and ends up where it oughta be headed.
Posted by Matt Poll at 1:36 PM No comments: 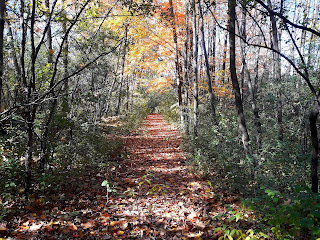 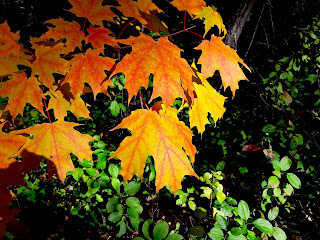 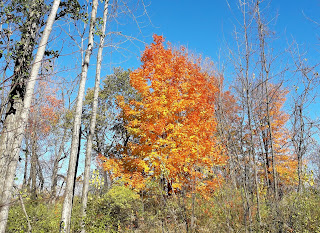 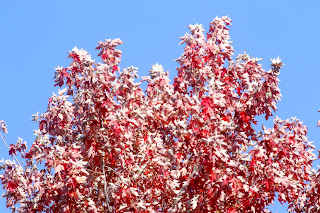 Lovely fiery fall foliage on a quick jaunt through the Bois-de-Liesse woods yesterday (only Secteurs des Champs). Alarm calls alerted us to a Cooper’s Hawk using the trails to cruise around in search of skymeat.
The old woods in the southwest yielded an active group of at least a dozen Yellow-rumped Warblers using a variety of cheeky off-brand foraging techniques lifted from Brown Creepers and flycatchers. A Blue-headed Vireo was also spotted in these woods.
The streams in the park were completely sterile of flora and fauna...makes you wonder where that water is coming from. Overall, seems like it would be a decent spot for warblers in May.
Posted by Matt Poll at 12:08 PM No comments:

Every D’You down in D’Youville 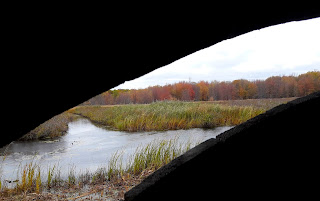 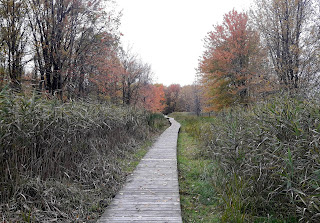 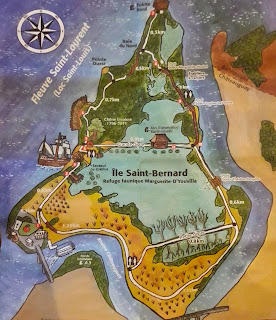 Lovely as always at Marguerite-D’Youville yesterday, in spite of…no…because of, the gloomy skies and powerful winds. Those winds were flesh-flayingly intense at times on the west side. Overall very birdy, I thought, given the weather and time of year, with 36 species logged in five hours.
Notable birds included good looks at the “D’youville specials” (Red-bellied Woodpecker, Northern Harrier, Tufted Titmouse, and Swamp Sparrow), and distant looks at some pelagic species such as White-winged Scoter and Horned Grebe (not super fun without a scope…). Five species of sparrows on the day, good times. Ahh, love that place.

Attack of the Killer Tits (a Bird Tale) 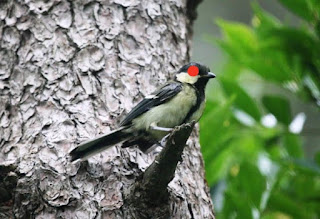 Just in time for Halloween, here's my latest published "X-files Birding" tale, Attack of the Killer Tits:
https://drunkenpenwriting.com/2019/10/11/attack-of-the-killer-tits-a-bird-tale/. People with heart problems or small children in the room should refrain from reading it (read in a Vincent Price voice). Muhahahaha!

Great Tits are eating bat brains in Hungarian caves, by the way: https://www.theguardian.com/science/2009/sep/09/great-tits-hunting-bats.

(To read my other published birding tales, click on this handy clickety-click and scroll down:
http://snowyowllost.blogspot.ca/search/label/Writing%20stuff-published%20stories)
Posted by Matt Poll at 9:19 AM No comments: 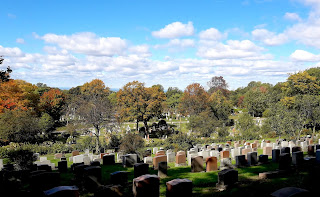 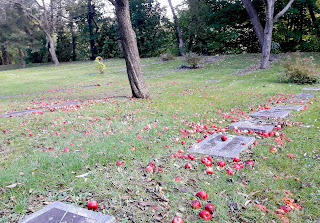 The air was blissfully fresh in the cemeteries this morn, and I had more stamina than those crummy hot days of recent memory. BirdCast promised big movement overnight, and it did seem like there were plenty of late migrants out and about (34 species recorded in four hours). Just three warbler species on the day, with quite a few Black-throated Blue Warblers chewping in the underbrush – all females.
Seems most of the treetop bug-snatchers have already moved through and have been replaced by the skulky seed-crackers that all say ‘tsip’ – Chipping Sparrows, White-throated Sparrows, Dark-eyed Juncos, as well as personal FOY Fox Sparrows and Hermit Thrushes.
The day’s biggest surprise was a Philadelphia Vireo in the northeast corner of the NDNC – seems late for the species. What else? Loads of Kinglets, and I saw my first Red Fox in a while. For some reason, I eagerly await my first American Tree Sparrow of the year. They’ll get here.