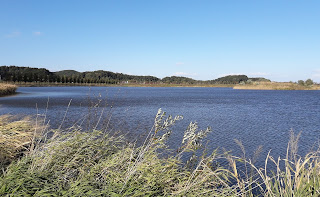 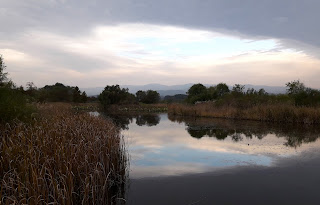 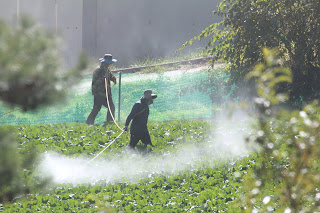 Dynamic turnover here on the lovely Gangwon coast, with new personal Gangneung firsts on every day out. Some of the breeding species that I saw in early October are gone, and the feeling is one of less migrants on the move of late. I’m getting a better feel for the resident species, as well as the birds that call this corner of the province their winter home. My Gangneung list has almost cracked 100, and my ‘house list’ is also creeping up - I should eclipse my 2013 Seogwipo apartment list (26) soon. But who’s keeping lists, eh?
A three-hour exploratory walk west along the Namdaechon on October 21 turned up very little of interest, apart from a fat little Ussuri Mamushi Pitviper. I ended up in the middle of literal nowhere, and I had to get creative when it came to getting back to town. That’s all part of the fun though, innit?
On that note, I probably won’t be getting a motorcycle, or even a bicycle, this time round. No wheels is a bit sad, but the habitat here just doesn’t justify it. Unlike Suncheon, it’s not a ‘drive there and walk in a big circle’ type of place. The two main patches, the Namdae River and Gyeongpo Lake, both demand a lot of linear walking to check all the birdy nooks and crannies. Whereas at first I was doing both in a single day, as I find more of those nooks in each spots, I’ve split the two spots up into separate days now, to better scour each properly (and not blow my legs out!).
On October 26, Younghwan introduced me to some of the nice folks that work at Gyeongpo Lake, and we shared coffee and bird gossip. I noticed the ditches in and around the lake feature ‘wildlife stairs,’ which allow small creatures to escape the concrete deathtraps – nice to see, let’s hope they catch on. A young Northern Goshawk and another Amur Falcon stood out.
The following day at the lake, two Whooper Swans and two Whiskered Terns were personal Gangneung firsts.
On October 28, a walk along the river went from sunny to gloomy and rainy, then back again. Starting to really understand and enjoy the habitat along the river, which cuts the town in half. I live in the southern bit, with the farmers. The day was notable for its clean air and clear water – loads of fish in the river. Gangneung firsts were a Long-billed Plover, Green Sandpiper, Black-faced Bunting, probable Ochre-rumped Bunting, and Long-tailed Rosefinch, all along the Namdaechon.
What else? I thought I knew few things about terns…terns out I didn’t. See what I did there? Bunting variety is picking up, which is awesome because I loves me my skulkers. Other than a few Dusky Thrushes, the same can’t be said about thrushes yet. Not even a single Pale Thrush! Hoping for more species of thrush soon.
Or should I say ‘spices of thrush,’ as Younghwan does. I think that is adorable, and I may use it from now on instead of ‘species.’ Younghwan is an awesome dude, for real.
In other news, there’s an annoying squeak in the rigging of my camera bag that haunts my perambulations, but it seems to bring out the buntings, so I’m not fixing it.
Posted by Matt Poll at 6:25 PM No comments:

October 16
When my Korean birding buddy Younghwan said we would be checking out the Namdaecheon (river) on Tuesday morning, I had visions of a leisurely survey of the gulls and ducks on the river here in town. I didn’t realize he meant the Namdaechon in Yangyang, which is an hour up the coast (seems most Korean towns have a Namdaechon)! We birded hard for over six hours. On the way north, we hit every one of his secret spots, and while it was a relatively quiet bird morning, my mouth was watering at the list of species he mentioned seeing at each spot. It’s going to be a solid winter! We’re even plotting a pelagic already.
On a down note, when we got to a scrubby/marshy Eurasian Woodcock spot he had not checked out in a while, we were confronted with a sterile, tread-tracked dirt wasteland, where no doubt apartments, bike paths, and/or factories will soon stand. He stared at it for a silent, heavy minute, then shook his head and muttered “All destroyed, all destroyed.” An upsetting, if grimly familiar scene in Korea.
Highlights included my Gangneung first Pacific Golden and Grey Plovers (side by side for handy comparison!), Meadow Bunting (looked like the wiegoldi subspecies, I think…), Azure-winged Magpies (lovely), and single examples of Rook and Carrion Crow. The mystical purple sheen on that latter species is real, I can vouch for it.

October 19
A lazy exploratory ramble in the hills behind my farmhouse produced the tits and woodpeckers I had hoped I might see there, and plenty of habitat that looks promising for winter birds – I’m especially thinking of ‘special’ finches in the huge pines.

October 20
Saturday’s ‘big walk’ (River--coast--Gyeongpo Lake--farm fields) did not disappoint! Under fresh cerulean blue skies, there were some welcome wintery arrivals, in spite of summery afternoon temperatures in the low 20s.
On small bamboo/brushy islands in the river, Chinese Grosbeaks and roving flocks of Brambling (and even a Eurasian Bullfinch tucked in!) lent a finchy feel to the start of the walk. Personal Gangneung firsts included a Pallas’s Reed Bunting at the river mouth, some shy Rustic Buntings at Gyeongpo, and Northern Shovelers in the fields.

On my river walks, I keep finding what I suspect is Amur Leopard Cat spoor – I dearly want to get better looks at this gorgeous and enigmatic species.
At Gyeongpo Lake, the lake itself was mostly populated with a large raft of 75+ Common Coots, and still not much in the way of diving duck diversity or numbers.
As I was headed out of the touristy bit of the lake park, I heard a Bull-headed Shrike giving an animated alarm call. When I looked toward the source of the disturbance, I saw the silhouette of a shrike that was larger and more menacing than a Bull-headed. At extreme distance and with bad lighting, I could make out the grey upperparts of what I first suspected was a Chinese Grey Shrike, but as I got closer, the wings looked 'off.' When I got as close as I could get without jumping fences, I confirmed that the wings lacked the extensive white of a Chinese Grey, and the light rump and vermiculations popped through the binoculars. It changed perches, showing no white trailing edge to the wings. Could it be…a Northern Shrike (formerly known as Great Grey Shrike)?
When an elderly couple, out-of-bounds and foraging for herbs, flushed the bird, my heart sank...but then it flew straight for me! It perched nearby for 30 seconds, allowing me to get some better record shots, then flew east, and could not be re-found. But yes, it…could be a Northern Shrike! That’s a solid record, as the species has only been recorded perhaps less than 15 times in South Korea. High-five!
In the fields west of the lake, frustrating flocks of restless pipits and skylarks proved challenging to identify, as they flushed from far out – the perils of birding in rice fields without a car. I was able to discern that many of the pipits (out of more than 35) were Buff-bellied, with at least two Red-throated mixed in.
In the minus column, when it comes to calls and certain IDs, it seems I’ve forgotten twice as much as I ever knew. Specific shortfalls include picking out the various pipit and bunting calls, as well as identifying buzzards silhouettes, but at least I knew enough to question why what turned out to be an Upland Buzzard showed such oversized features. Thankfully I have good friends wiser than I who can drop the knowledge on me. Thanks to Nial and Tim for helping me confirm several IDs.
Posted by Matt Poll at 12:30 AM No comments: 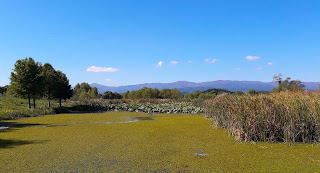 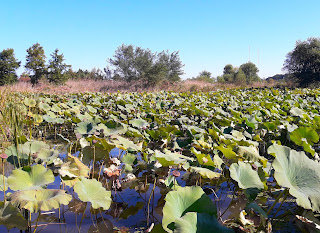 Windy in them thar hills

Know what I like? Birds. The weather is still crisp and clear here, it’s lovely. Saturday’s walk saw me head along the Namdae River in the pre-dawn murk. I met a kindly Korean birder near the coast, and we drove to Gyeongpo Lake together. He was a cool dude, really into the birding side of things, and not just focused on the photography game. I picked up some cracking intel from him, and hopefully will be birding with him again sometime soon.
It was fairly quiet on the bird front though, with highlights being my Gangneung first Opsrey, Coot, Yellow-throated Bunting, and two flyover Far Eastern Skylarks. Later that afternoon, eleven Red-billed Starlings were seen near my house, and I saw my first GNG Long-tailed Tits from my bedroom window – all dark-headed, no caudatus yet. What else? I need to learn my pipit calls a lot better.
Sunday was spent wandering through fields east of town, in search of signs of migration, and/or the birds of winter. I perhaps didn’t choose the most cautious route, and ended up too close to a military airfield…not always the best thing to do as a foreigner bristling with optics, ha ha. I suspect I was being surveiled by two dudes in an SUV that came from the direction of the airfield, so I did my best “leafing through my field guide and having a eureka moment” pantomime, and toddled off unmolested. I’ll definitely be paying better attention to the map next time.
Sunday’s notable birds included a single Amur Falcon and Daurian Jackdaw, and a field jammed with almost 30 snipes – mostly Common, with a few Pin-tailed (thanks again to Tim for thoughts on ID). I also found the spot where Watercocks are annually regular, but of course it’s too late for them this year. I spent a lot of time unsuccessfully searching for them in Suncheon. Watercocks! Uh oh, here comes the jet-lag again, systems shutting down in 3…2…1.
Posted by Matt Poll at 3:46 AM No comments: